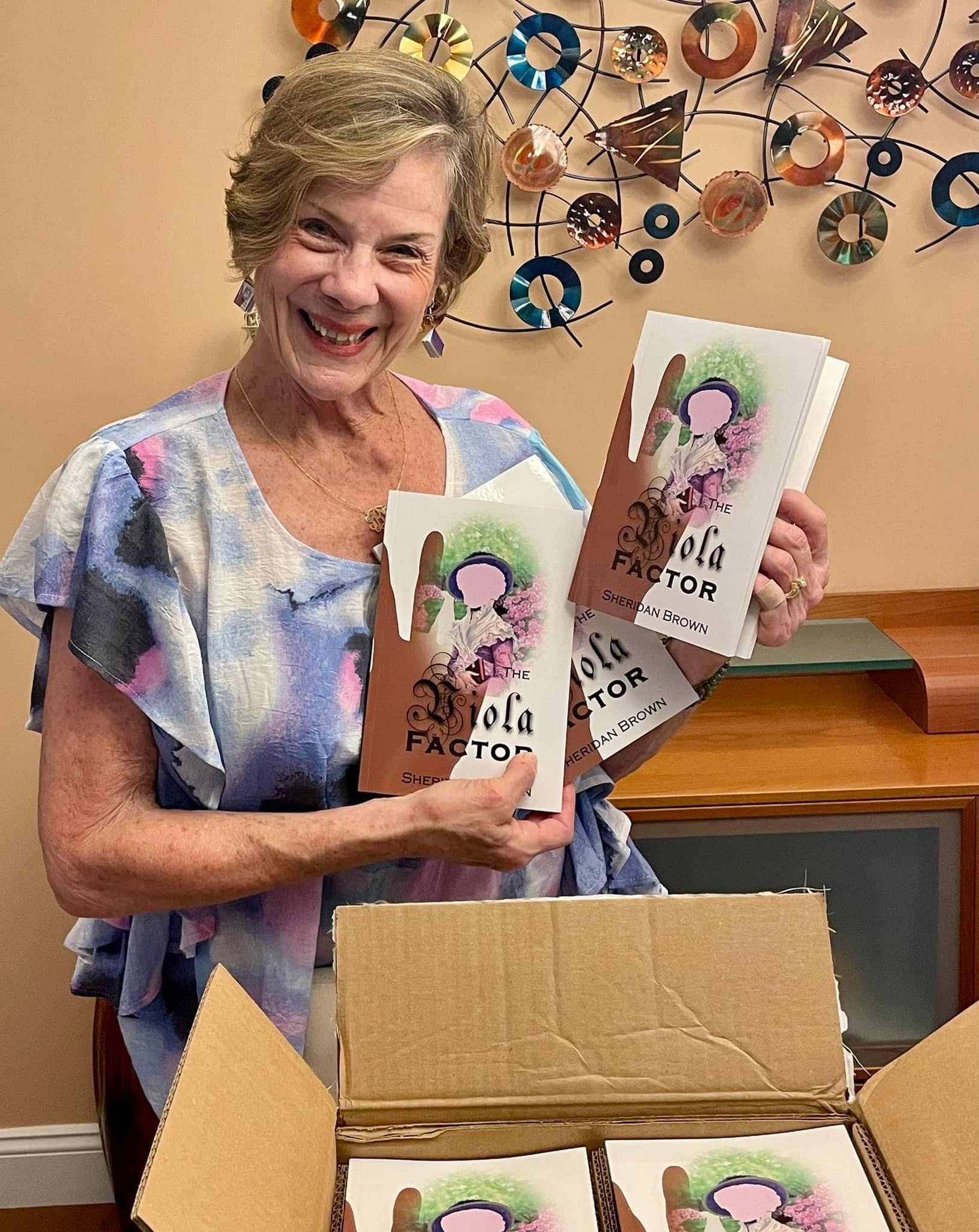 During the past nine years of retirement from school administration I have volunteered at various places for various organizations, learned to play new games with friends such as Mah Jong, learned to enjoy gardening, hibernated during Covid, and floundered with how to spend time that used to be twelve hour work-days and working weekends. Then I met VIOLA!

“Welcome to The Booker T. Washington National Monument Living History Guild. We have quite a few members already, who will you be portraying?” I gulped and asked, “How about Booker’s 1860’s owner Mrs. Burroughs? One of her sisters? One of the Burroughs’ daughters? Neighbor Molly Holland or Elizabeth Powell?”  They replied, “But all those roles are taken.”

I was performing in living history reenactments with the National Park where we live in southwest Virginia. It was time for me to start my research and earn my spot in this esteemed group. But what white woman played prominence in Booker T. Washington’s life and would be worth telling the public about? Then I found her, or she found me!

Because Booker had spent the first nine years of his life carrying water to workers in the tobacco fields, collecting chicken eggs and catching fish with his bare hands in Hale’s Ford Virginia, having to work underground after his emancipated family moved to Malden West Virginia seven days a week packing salt and shoveling coal with his stepfather was scary and sickening to him. His mother helped him find a job in the home of the people who owned the mines, Lewis (1797-1883) and VIOLA Ruffner (1812-1903).

Booker lived and worked as a chore boy in the Ruffner home around 1867-1872, from age ten-eleven to sixteen. Viola Knapp Ruffner had a disposition from which most boys ran. By most accounts she was a stern and exacting former Vermont school teacher whose expectations exceeded anything Booker had ever experienced and whose penchant for perfection teetered on derangement. She is credited with teaching him to read, write, speak, and start his own library of books. What drew these two together, she over 50 years of age and he a pre-teen? How did their friendship grow into a long-lasting closeness that ended only with her death in 1903? What had caused Viola, reportedly a beautiful and scholarly woman, to be such a nervous and high-strung woman totally out of harmony with others?

That was the Viola I was now driven to know and admire? My questions filled notebooks, my hours on Ancestry.com beyond number and my emails overflowed seeking more about her in Vermont, North Carolina, New Jersey, Kentucky, and West Virginia. By now I felt compelled to craft her story and have authored a historical fiction book, THE VIOLA FACTOR, available in paperback and eBook wherever books are sold. I hope you are as magnetized by her as I continue to be!

The book is dedicated to teachers… just like Viola, Booker and me – we’re a tough and classy lot!

This site uses Akismet to reduce spam. Learn how your comment data is processed.